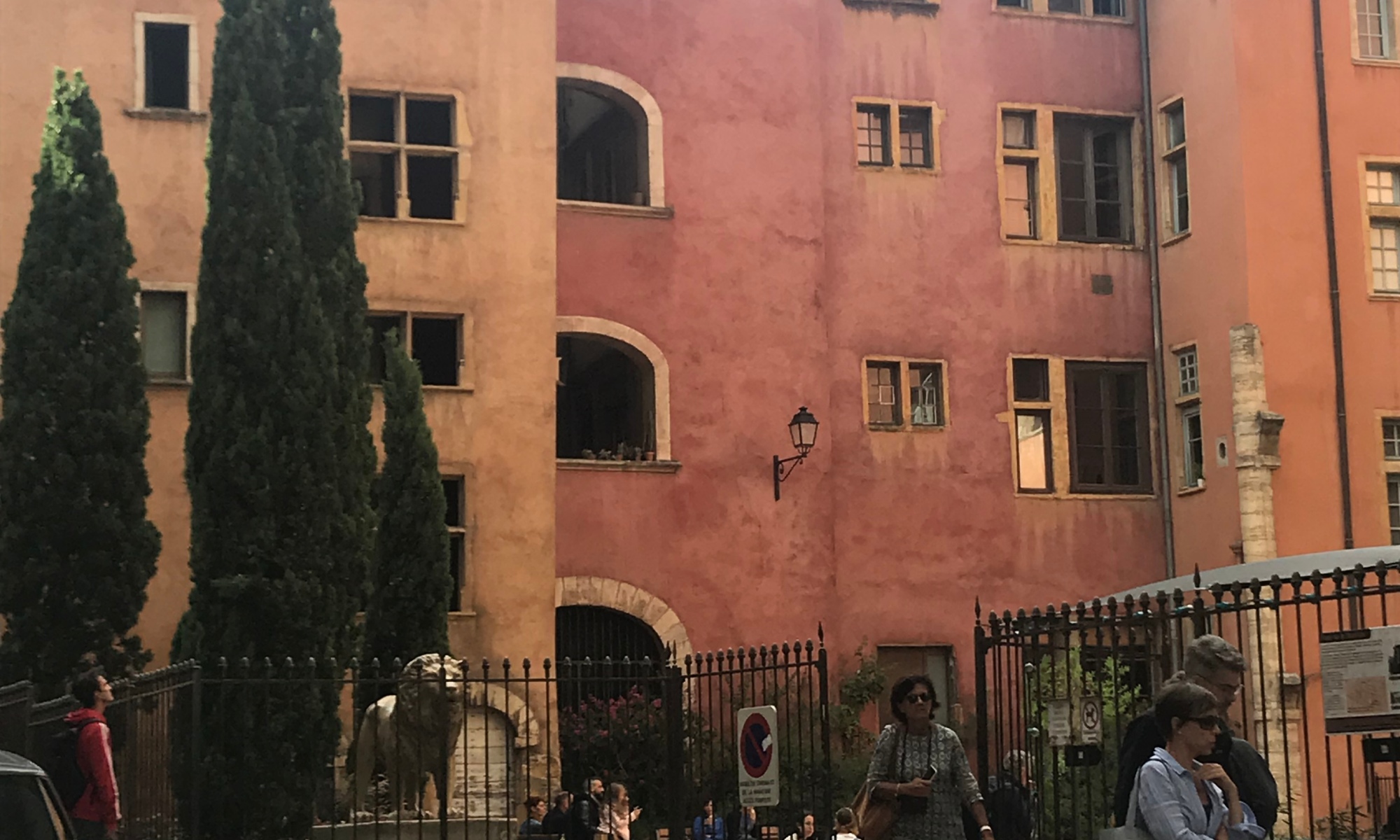 Several weeks ago, in early September, I took my first little “voyage” and went to Lyon, France’s 2nd or 3rd largest city. The most exciting part about this trip was that I was meeting a friend from my college sophomore year. We had been “suite”-mates that year and were thick as thieves/Bobbsey twins/joined-at-the-hip for that entire year. She was from Chattanooga, TN, and I was from Maryland. We had not seen each other since we said goodbye at the end of that year, as I was transferring to U.of MD the next year and she was going back to Tennessee. That was 1969! Over 50 years ago! 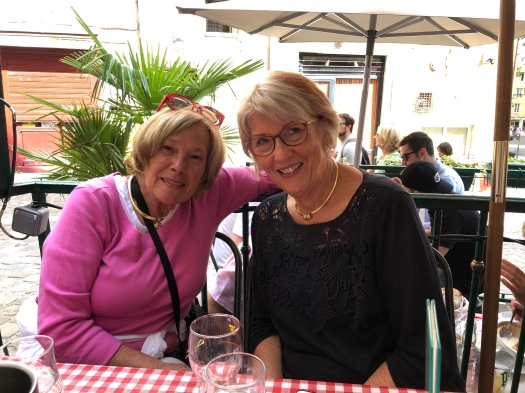 Leslie and I reconnected on Facebook a few years ago…Facebook has been great for me in that way. It is how I “found” my French family, with whom I had spent the summer of 1969, about 10 years ago, and others who had been important in my young life with whom I had lost touch. Her beloved husband of 30 years had died a difficult death, and she was putting her life back together. I invited her to come visit me in Maryland, and work, and grief, and reordering her life prevented her from seeing a possibility. The idea of meeting up in Lyon was born later, and plans were made! Lyon has been on my list of places to visit in France for a long time, so this was perfect.

We had a wonderful time! Catching up with her was easy; sharing fun memories of so many years ago, sharing current lives and plans. She was so comfortable to be with, and her traveling companion, Lee, was a great travel guide who had researched all the places to see, go, things to do – and we did them all. He also is a great “gourmand” and so chose the best restaurants to eat, especially the well-known Lyonnaise cooking. One of the best for lunch was the oyster bar in the grand Paul Bocuse market! We all loved them, so we each slurped down a dozen, each of a different variety, so we could sample others’ choices. The last meal we had together was probably the most memorable, though not Lyonnais at all, and at first seemed that it would be the most mundane. It was kind of a “hole in the wall” Chinese establishment, right in the middle of an area of town that was under reconstruction, so scaffolding was all around. It was pouring rain, and since it didn’t open until 7 p.m., we needed to wait outside. Just as we were about to leave and find someplace else, Lee spotted a sign in the window that said, “We make our own noodles.” In the window was the noodle maker, tossing the noodle “dough” in the air and slapping it down again on her table. Lee said, “You know, if a restaurant makes its own noodles, it is probably not one to pass up.” So, in we went. In fact, it was some of the best Chinese food I’d ever had, and indeed, the noodles were delicious!

I came to feel very comfortable in this city with 2 rivers traversing the middle, and 2 sets of bridges to cross, with Right and Left banks, quite different from one another. The “Vielle Ville” was my favorite section, with ancient, winding streets, architecture remaining from the Middle Ages and “newer” buildings from the 17th century. We took a funicular high above the city to visit the Basilique de Notre Dame, which can be seen from everywhere below and looks a bit like where France’s Wizard of Oz would wield his magic. The inside was a match in stunning beauty. 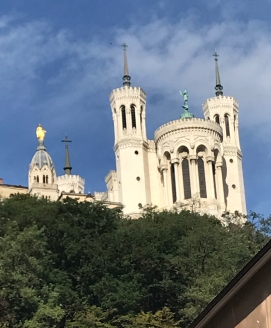 Certainly, one highlight of this trip for me was seeing a Guignol puppet show! Since I was a kid studying French in school, I have seen photos, scenes in films, and other images of guignol, with his big nose, his nasty behavior, and all the puppets whom little French children have loved dearly throughout many decades. These marionettes perform in parks all over France, on little stages where their strings are manipulated from behind the curtain to make them come alive. I had always wanted to see a show. Across from where we were having lunch together, I spotted a little Guignol theatre with the puppets displayed outside, and I knew this was my chance.  When my friends were napping, I took myself back to the theatre and went inside. Seated with several dozen parents and their very excited 4 to 10 year olds, I’m sure I was the only one with no kids in tow and whose age was many times theirs! In the midst of gleeful young beings, I delightedly saw my first live Guignol puppet show and felt my young heart leap for joy! The kids interacted with the puppets who asked them questions, begging the squeals of “Oui” and “Non” from them throughout the play.

My trip to Lyon was a combination of capturing old memories, making new ones, and leaving with a taste for returning to explore more of this gastronomic and exquisitely beautiful city. 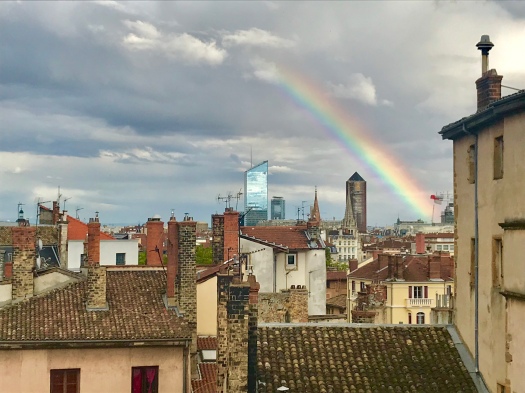 2 Replies to “The Colors of Lyon”